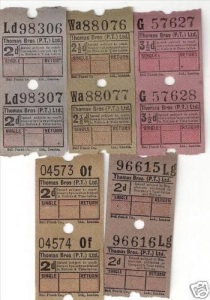 Coming back to my home town, Port Talbot, and the house where I grew up brings on one of those moments of dislocation that all exiles will recognise. You are no longer the cool cosmopolitan you thought you were a week ago. Instead you are temporarily transformed into the person you were when you left that town at the age of 18, the quiet one in the family.  But once I yield to my Welsh identity it is good to be home, with the familiar click of the pantry door and the Rich Tea biscuits which my mother puts in a little dish next to my cup of tea. The backdrop of seagulls’ cries completes the transition to my former life.

The council estate where I grew up has changed over the years. There is much more traffic now along our road with a noisy speed bump outside our house. Back in the early sixties the road was empty and a playground for the kids in the street. We used to play hopscotch under that speed bump, sauntering nonchalantly back to the kerb, hands on hips, only if we saw a bus trundling down to the depot at the end of the street. The local buses, operated by a firm called Thomas Bros, were a sludgy green and were commonly known as the Number One , Number Two, and Number Three. Everyone knew the route each number took through the sprawling estate to the town.

My father used to take me to Town on the Number One (one and a half return to the market please) and we would make for a certain seat so that I could place my feet on the hump over the wheel. The highlight of the bus ride for kids was when you went over the top of Beach Hill and your tummy turned over. It was on these buses that I first saw the word EXPECTORATE used on a sign. I had never seen it before then or heard it since. Perhaps the stern gentility was intended to tame Woodbine smoking passengers. 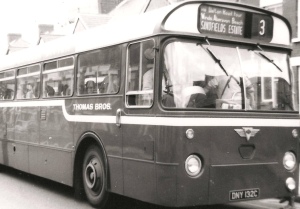 In town we would go to Woolworths with its wooden floorboards and broken biscuits sold loose, or sometimes to the Maypole – a shop which, the way my mother said it, sounded a cut above the others – a sort of Waitrose of its day. But sometimes excitingly we would be going to the Odeon cinema where my Dad regularly took me to see the latest Elvis film (1/3d or 1/6d at the back). I used to think it was generous of him to indulge my childhood crush but now I realise he probably enjoyed the dreamy music as much as I did. 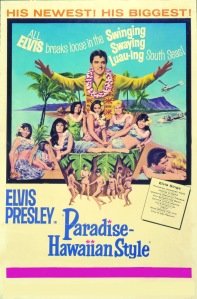 One reply on “Things past”

Yes brought back memeories, thanks.
I use to live i a Prefab in Linfield Avenue, made from WW II planes and asbestos, design life of 10 years, I was still living there in 1963! If you banged the walls the asbestos used to flake and fallout!